-When I started climbing 16 years ago, red tagging was super common and way over done. People would bolt entire crags and not even be trying the routes and red tag them all simultaneously. Some would even just put the first bolt and then claim it as theirs. No doubt that this was a negative thing in climbing. The response to this when I was in my teens was the other extreme, (that the rock belongs to everyone and there are no closed projects). Especially when the equipper wasn't even seriously trying the route. Its clear that you cant stop the progression and project hoarding shouldn't be allowed. So in between these two extremes does there exist some middle gowned? I have to say that my first experiences sportclimbing when I was a kid lacked understanding as Id never bolted my own lines. Also I was pretty much exclusively bouldering. In bouldering the first ascent process although requires vision, the work to open the line is nothing compared to bolting making it much more difficult to say that "I opened this boulder" its much more up for grabs in this way. In Sportclimbing the person who has the vision and has put in all of the work perhaps should have some voice, or at least be consulted to whether or not they are fine with others trying it.

People like to say often "The first ascent is not important. I Just want to climb this amazing route." Honestly these kind of statements are pretty naive I think. From my perspective the process of discovering a line, all the work put into it to bolt it clean it etc, and finally climb it , is what climbing is all about. And the first ascent is very different. It only can happen once. Lets take for example, I have no experience climbing on El Cap. I don't think it would be very appropriate that all of the sudden I decide Im going to go and try to free Mescalito before Tommy (Im not saying in anyway that Id be able to, but just for an example). But it would be a little like: he did all the work to get it ready, has shared with the world his vision of the next level in trad, so now I come and want to snag it and the glory from him. I think he and others might be like "Dude go find your own project" And in my opinion rightly so. He has spent a lot of time, energy and emotion preparing himself for this route. I don't believe there is anyone more capable than Tommy, but even if there were, I think it would be kinda bad style. People love to do first ascents but don't want to do any of the leg work.

Catalunya has maybe the most limestone Ive ever seen in one place. It also has the highest concentration of hard routes in the world. There are over 10 routes of 9a+ and many many ,more of 9a. Its not like there are no other lines and Im hoarding the last great project. Around basically every corner there are new futuristic lines to be bolted. I spend just as much time bolting as I do climbing . Actually I have about 15 projects in Catalunya in the range of 9a to 9b+ or harder that are all open projects and all 5 stars. So for someone who has never been to the area, there is a lot to do. For me personally I don't want to hoard my projects , but if there is one in particular that that is more important to me, that Ive been single mindedly focusing on for a year and am super close to doing , then I think its understandable for people respect my efforts.

So until recently Id never met or spent anytime with Nalle Hukkataival. He's obviously a really amazing climber and I really respect the the style of boulder problems that he's been putting up (big impressive beautiful hard lines). I can understand his draw to a route like FRFM. I guess what was surprising was that he didn't ask my opinion or permission (not that he needs to, its not illegal or anything we're just talking about climbing etiquette). I found out his aim that he came to spain specifically try first round by reading his blog. Discussing it with Dani (we were like : "thats strange; he's never been to spain, where there are so many hard routes to try and he's planning to go directly to my project") . Catalunya has a lot of good climbers and in general the locals are pretty respectful about these things, at least to ask is a good policy. I feel that its better to express yourself if you feel like if you don't your going to be frustrated., So I told Nalle that Id appreciate if he gave me some more time to try to get it done before he started working on it. Obviously he didn't have to respect my wishes. Its not like I have any power to enforce any sort of climbing laws and not allow someone to try it, I just expressed my feelings. He could have disregarded that and tried it but it seemed that he respected that and gave me some more time and I was very appreciative of that. I pointed him in the direction of several other futuristic projects that I bolted that I thought he would like and it seemed like it was all good.

Maybe there is some confusion as to whether the route was originally an open project and then changed to a closed one. I spent some time working on it with my good friends Dani Andrada and Dave Graham. These are guys that Ive known for a very long time and we've shared many experiences climbing together so it was a natural thing that we would share some experiences on this route. Its very different from inviting all the best climbers in the world to come and climb it, turning it into a contest to see who does it first. For me I enjoy the process of equipping my own lines because it isn't a competition, its your own personal quest on your own terms, using your own personal vision and not following somebody else.

If Id not bolted First Round it would more than likely still be a random rock face unequipped, not existing in the way it is today. I believe this effort deserves the right to try for a while (within reason) to do the first ascent . There is no doubt that you cant have a project to yourself indefinitely and I may or may not have arrived at the point where first round needs to be opened. But three months ago when I was falling at the last move it still wasn't that time in my opinion. I was so close to do the route which for me is a really important line in my personal progression and I didn't want to add to the pressure that I was already feeling personally with even more external pressure.

Anyway life and climbing are learning processes. We make mistakes and learn from them. Thats how we improve our climbing and our personal character. Perhaps people at times have put me up on a pedestal thinking that Im perfect. Well Im actually just a very normal person, going through life and learning the hard way as normal people do. I have many flaws. I struggle with my projects in climbing and my projects in life. Im no enlightened being and like most of us still have to deal with ego. I guess in that way life is in the struggle and there is always something new to learn and another perspective to understand. So as with climbing we are all evolving, and our various experiences teach us valuable lessons everyday. I don't claim any authority on this subject we are discussing, Im just expressing my personal opinion, which may or may not be the best opinion. If Im in the wrong with this , I offer my sincere apologies. 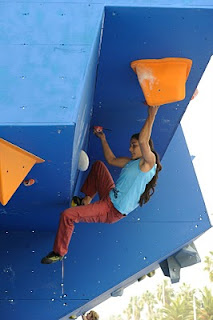 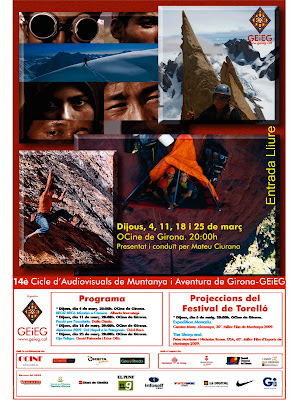 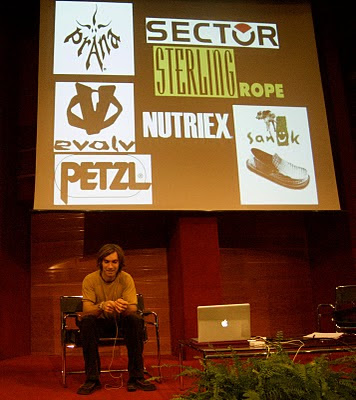 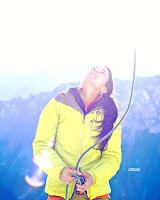 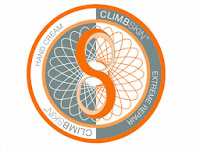